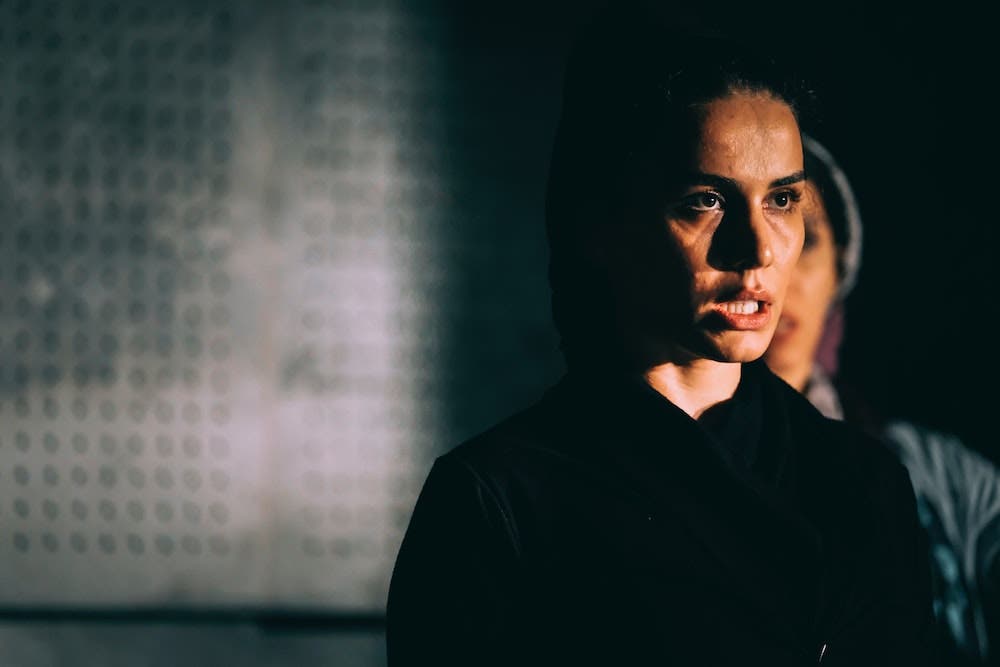 Not because it was hilarious to threaten a small electronic device with defecating on the whore that gave birth to it.

But the evil smile that spread across Señora Pérez’s face as she dropped her gaze upon an openmouthed A Level class of private international school students.

“Today you’ll learn something that’s not in any Spanish text book, but without which you will never truly learn Spanish,” she said, before preparing for a ruckus with IT support.

(Rough translation F**king hell! I sh** on your superwhore mother!!)

Señora Pérez placed particular emphasis on pinching our thumb and forefinger and waving the right hand up and down as if milking a spaghetti during the foulmouthed onslaught.

Spanish insults were a rite of passage.

When she caught us smoking, eating vodkasoaked grapes and shaving reverse mohicans into each others’ heads on the school trip to Valencia, I’d never experienced being called a ‘dickhead’ with such affection.

It was a way of saying ‘I’ll let you off so long as you know who’s the boss’.

Needless to say, it left me so enamoured with Spanish culture I ended up dating Señora Perez’s daughter – to her delight, amazingly – before eventually relocating permanently to Spain.

Indeed, you can’t go for an hour in Spain without insulting some ‘dickhead’ driver or roadworks in the middle of summer.

While there are hilarious phrases that can be harnessed as Spanishs insults (¡Que te folle un pez! or ‘get f**ked by a fish’) there remain some critical curse words you’ll need to season your daytoday speech in Spain.

Here are 12 Spanish insults that will slot you right into Spanish culture and make you sound like native.

Any language that has no scatalogical (poorelated) insults is not worth learning.

While Spanish has an equivalent for ‘s**t’ – mierda – it enjoys another creative method for expressing disgust, disappointment or rage.

The phrase usually starts ‘me cago en…’ (I s**t on…) followed by the object of hatred at hand.

The most traditional forms are as follows

As some of these are rather foul, you’ll often hear Spaniards finding creative methods to avoid blasphemy or poor taste.

The most common methods are

Few Spanish insults are as satisfying as ‘gilipollas’.

Literally it means ‘stupid dick’ and refers to someone who thinks with a dick for a brain.

Though it’s more equivalent to ‘dickhead’ or ‘stupid idiot’ or ‘prick’.

It can be used both to cause offence, naturally, but also among friends and acquaintances.

(Why are you going out in socks and sandals man, are you a dickhead or something?) (This happened, it was my motherinlaw).

Joder is a versatile Spanish curse word that traditionally has a similar meaning to ‘f**k’ but is extremely rarely used in a sexual context in Spain.

Generally, it can be used to express anything from mild frustration to frothing anger.

It’s also a useful seasoning that can enhance the effect of a more intricate or drawnout insult.

It’s very common to hear elderly people using joder and in general it wouldn’t be frowned upon in their presence.

In three years of living with a Spanish partner and her family, I’ve not once heard an admonishment for ‘bad language’.

In the words of Señora Pérez, you’re not really speaking Spanish without Spanish insults.

(F**k, you left the clothes out in the rain again.)

Mierda is a simple insult for English speakers to slot into their Spanish, as in most situations it can substitute ‘s**t’.

One situation where it can’t would be in vete a la mierda or ‘go to hell’.

You will often hear Spanish people say una mierda when they mean something like ‘there’s no way in hell’.

But otherwise you shouldn’t have a problem with it.

It’s strange the Spanish obsession with anything bad being attributed to whores – especially when one in five Spanish men admit to having used a sex worker’s services.

But, whether a hangover from Catholicism or an act of denial, there it is.

Puta is another versatile word that can be slotted in before any word to enhance the potency of an insult or expression.

It’s also a useful learning aid as you’ll be watching out for when a puta or puto is warranted.

(The f**king dog of that dickbrain has s**t in my f**king geraniums again!)

Hijo de puta could be translated as ‘son of a bitch’.

But as we’ve seen, puta means ‘whore’ or ‘prostitute’ in Spanish.

Generally, if you want a goodandproper Spanish insult you should direct your swearing towards someone’s upbringing – and especially someone’s mother – for maximum effect.

You can even make it plural and employ a more scattergun approach ¡hijos de puta!

There’s also opportunity to extend the phrase somewhat as follows

(Clean up your dog poo, son of a whore!)

Hostia literally translates as ‘host’ in the Christian sense, meaning the body of Christ given to the confirmed during the Eucharist.

But it’s been hijacked by the sharp Spanish tongue as a general expression of shock, either positive or negative.

For some unknown reason you’ll often hear people in Spain sticking a puta on the end for good measure.

Then again, why do people in English say ‘holy s**t’?

Hostia can also be used to say te voy a dar una hostia which means ‘I’m going to give you a smack’.

Also, la puta hostia, can be a compliment like saying ‘it’s the dog’s boll***s’.

Make sure you get it the right way round!

While we don’t approve of homophobic connotations to this insult, it’s in the list because it’s such a widespread Spanish insult.

Vete a tomar por culo literally means ‘go and get it in the arse’ though in practice means ‘go f**k yourself’.

It’s generally a way to tell someone to get lost or get out of your business immediately.

But you can also use just a tomar por culo to mean something like ‘oh f**k it’ or ‘oh what the heck’.

It can also be used to mean ‘in the middle of nowhere’ – la casa esta a tomar por culo, or ‘the house is really f**king far away’.

(He came asking me to declare my new swimming pool at the town hall and I told him to go f**k himself.)

The unfortunate translation of this colourful Spanish insult is the English ‘c u next tuesday’.

I say unfortunate because the Spanish version is really nothing like the gravest and most unsavoury of English insults.

Coño is used in Spain to express anything from mild surprise to add weight behind an expression.

For example ¿Y a mi que coño me importa? or ‘and why the c**t should I care?’

Yet the word is so versatile it can even be a compliment in certain contexts.

You’ll often hear women in Spain say olé su coño or ‘I admire her c**t’ when a woman shows bravery.

Women will also say estoy hasta el coño contigo or ‘I’m up to my c**t with you’ but in the sense of the English ‘I’ve had enough of you’.

There’s no qualms or shame about saying this – my motherinlaw will regularly inform me she’s up to her coño when I ask how her day’s going.

It’s interesting that in English a woman might revert to saying ‘she’s got balls’ or even ‘she needs to grow a pair’ when necessary.

Yet, as my partner informed me today, ‘in Spain a woman doesn’t need balls to be brave’.

Indeed, during an interview in September 2021 with Spain’s minister for equality a radio host said ‘I just want everyone listening to understand Irene Montero has a coño as big as this table’.

Pringado is a Spanish insult for which there really is no English translation – in British English at least.

It speaks of someone who through naivety or worse gets fooled into doing things other people don’t want to do, or always ends up with the blame.

Pringado can also be someone generally failing at everything and with the worst luck.

It could be translated as the US English ‘loser’ or ‘sucker’ or ‘chump’.

This is an insult many Spanish people take immense pride in saying.

There’s little worse than being a desgraciado or ‘wretch’.

The word literally means ‘without grace’ and will generally be hurled in the direction of anyone acting without care or concern for others.

Forget about him, he’s no more than a wretch.

If you’re not aware, male goats can be either aggressive or careless or annoying or all three.

A very common insult in Spain that can also be used to insult someone you’re envious of.

(Did you see the male goat now has a Range Rover? Let’s puncture his tyres.)

Pedazo is a word than on its own simply means ‘part’ or ‘piece of’.

And yet when added to certain Spanish insults it can escalate things to a whole new level.

Usually spat out in the same way in English you might say ‘piece of s**t’.

Let’s see if I can explain this to you, piece of dickbrain!