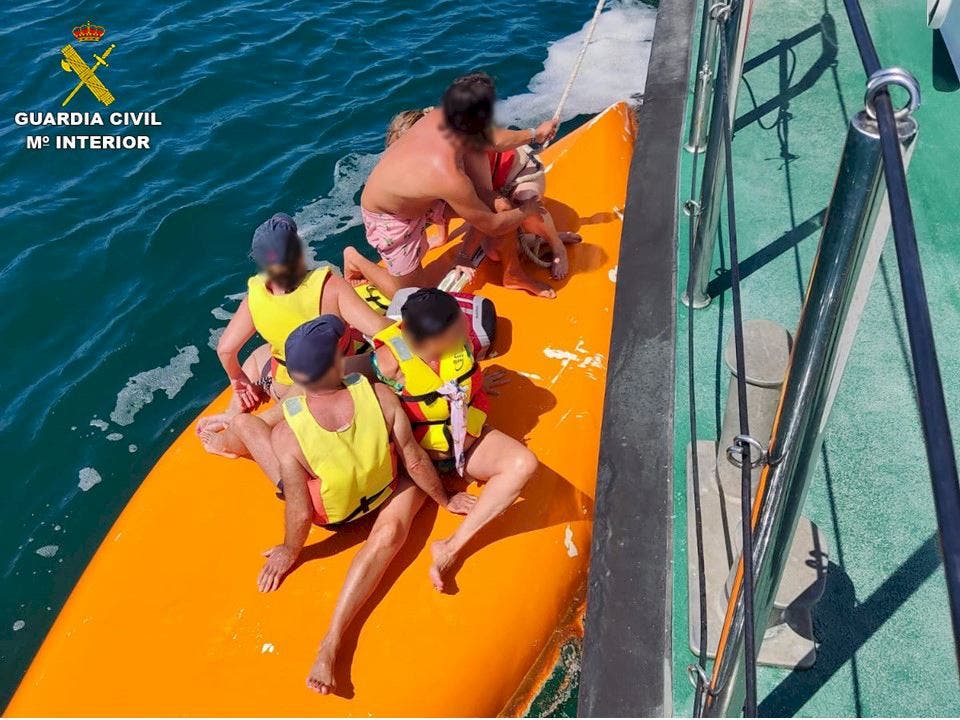 A family of seven was rescued after their pleasure boat overturned a mile off Santa Pola in Alicante Province.

The Guardia Civil’s patrol boat, Rio Oja, was pressed into action after getting reports that a group of people were on top of a halfsunken craft.

The Rio Oja spotted two men and three women, all from the same family and of Spanish nationality, clinging onto the boat.

They were taken to dry land with a woman getting treatment for a blow to the head.

A jet ski user had already rescued two children and taken them to Santa Pola.

Guardia officers believe the boat capsized because the daggerboard had not been deployed.

The daggerboard is a small retractable keel that pivots into an opening in the boat’s hull.