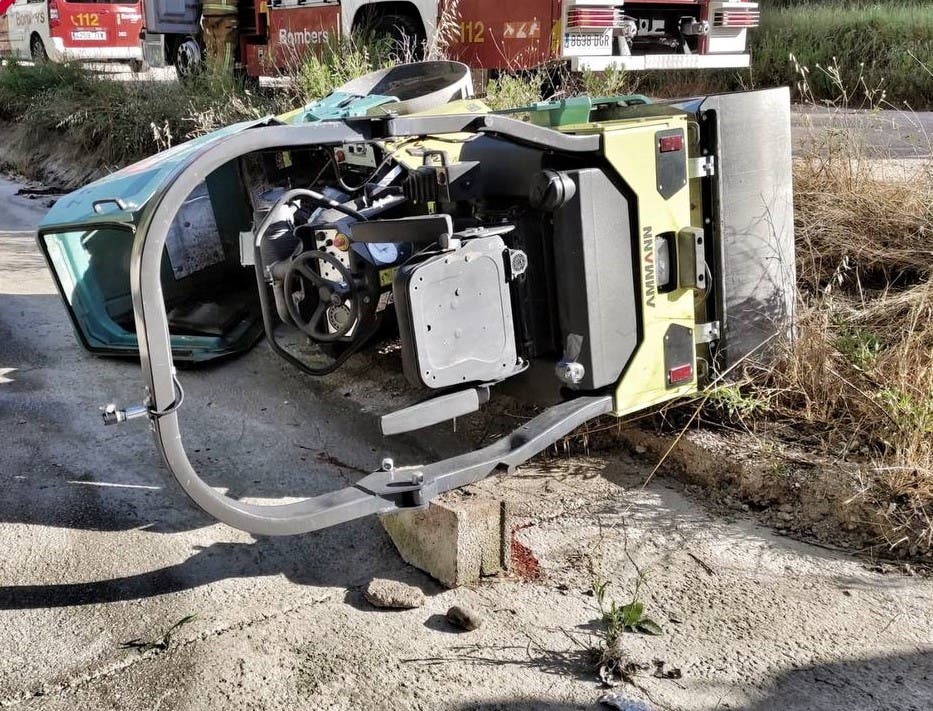 AN Alicante area man died on Wednesday after the mini-steamroller he was driving overturned and crushed him.

The accident happened close to Benimarfull in the north of Alicante Province in an area known as La Cabaña.

Shortly before 9.00 am, emergency services were called.

The vehicle had flipped over on the CV-700 close to a roundabout.

The driver was trapped under the roller, unable to move part of his head and neck.

Alicante Provincial firefighters arrived at the scene to free him.

The injuries that he sustained were so severe, that medics confirmed that he died before he could be released.