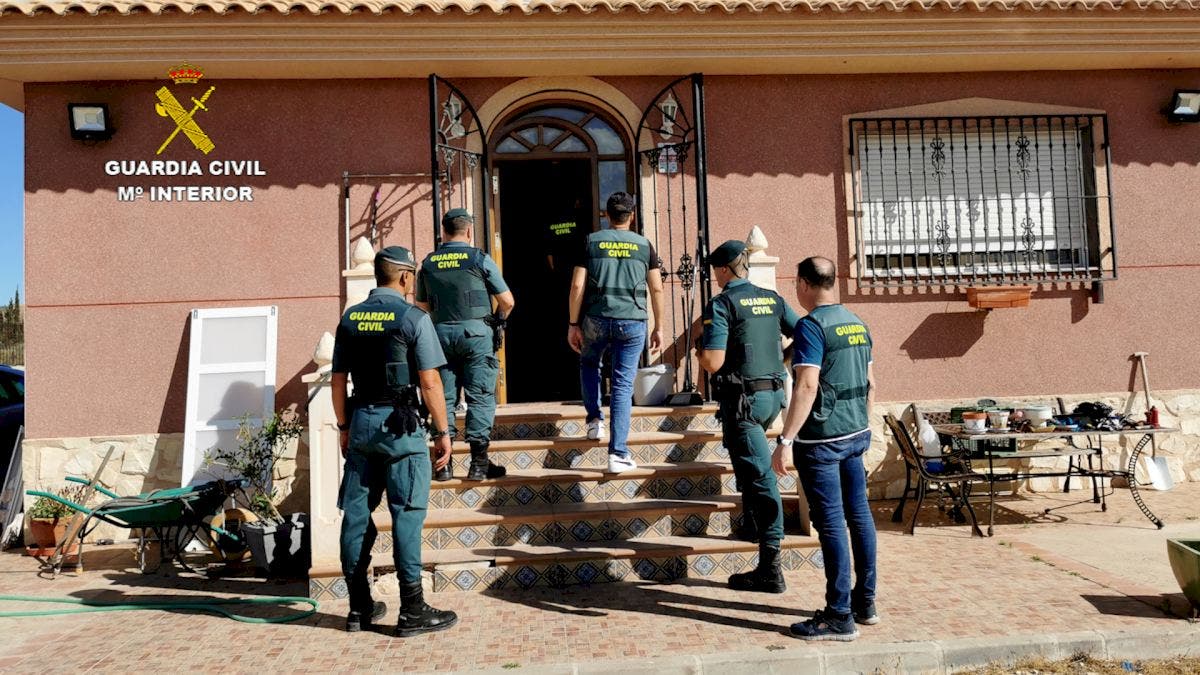 A violent bank robbery gang has been arrested in Alicante Province and Murcia, with three men jailed.

The Guardia Civil raided addresses in Fortuna and Almoradi in an extensive operation which saw six people detained.

One of the gang was arrested in San Miguel de Salinas after a chase on the AP7 motorway.

The Guardia probe started in March after €40,000 was seized from a bank in the Cobatillas district of Murcia.

Six people were tied up by two armed men one of whom was identified as having a long record for robbery.

He had absconded over a year earlier from prison, having been given a temporary exit permit.

The man had been serving time for robbery.

In May, a robbery at a Benijofar bank bore all the hallmarks of the Cobatillas stickup.

One of the criminals brandished a gun and drove off with a hostage before the Policia Local arrived.

The female hostage was dumped in a car park, before the robber drove south onto the AP7 motorway.

He careered down the wrong carriageway and a police chase saw him end up in a wall in San Miguel de Salinas.

The absconded prisoner was eventually found hiding out in a Fortuna finca.

An array of weapons were seized from the finca including three pistols and a machine gun.

Music Video – Sicily Jordan – You Got Me (Official...